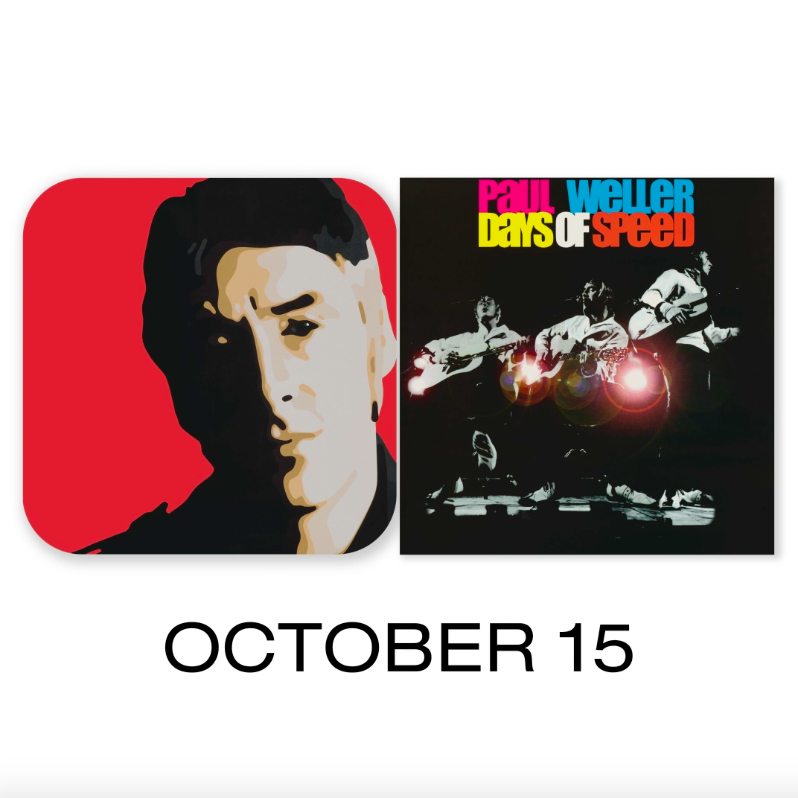 We're happy to announce some big vinyl reissues are incoming... 'Days of Speed' and 'Illumination' will be released on 15th October via Craft Recordings.

Originally released in 2001, 'Days of Speed' is an acoustic, double live album featuring songs of The Jam, The Style Council & more performed solo and acoustic at various venues around Europe, and 'Illumination' released in September 2002 was Paul's sixth solo studio album and second solo number 1 in the UK

Pre-order your copy and find out more here: found.ee/PaulWeller-solovinyl

CLOSE
SIGN UP TO THE NEWSLETTER BELOW, USING YOUR SOCIAL ACCOUNT OR EMAIL
SpotifyFacebookYouTubeTwitterEmail
Thank you for signing up!
THANK YOU!
Thank you for registering! We have sent a confirmation email to {USEREMAIL}. Click the link to confirm your email address.Please check your spam folder for the email, if it does not arrive, click this link...
resend verification emailCancel
Privacy Policy | Terms & Conditions