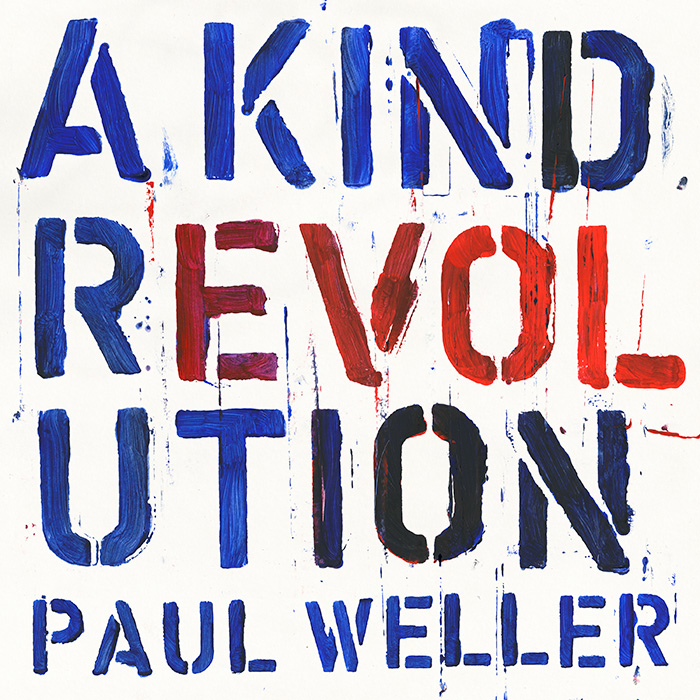 NEW ALBUM ‘A KIND REVOLUTION’ OUT 12TH MAY

It's with great excitement we announce Paul Weller's 13th solo studio album 'A Kind Revolution' will be released 12th May.

Work began on the new record immediately after finishing 2015's 'Saturns Pattern' and once again features the full spectrum of Weller's influences, from rock to R&B, soul to jazz, and funk to folk.

Along with Weller's touring band faithful Andy Crofts, Ben Gordelier, Steve Cradock and Steve Pilgrim, the new record features appearances from soul legends PP Arnold and Madeleine Bell, Soft Machine's Robert Wyatt, The Strypes' guitarist Josh McClorey and none other than Boy George. It was recorded at Weller's Black Barn Studios HQ and produced and arranged by Jan 'Stan' Kybert and Weller himself.

'A Kind Revolution' will be available on CD, special edition 3CD set, 12" vinyl LP, and limited edition deluxe 10" vinyl box set, with both the standard and deluxe tracks available for download. Special edition bonuses include instrumentals, alternate versions and remixes.

CLOSE
SIGN UP TO THE NEWSLETTER BELOW, USING YOUR SOCIAL ACCOUNT OR EMAIL
SpotifyFacebookYouTubeTwitterEmail
Thank you for signing up!
THANK YOU!
Thank you for registering! We have sent a confirmation email to {USEREMAIL}. Click the link to confirm your email address.Please check your spam folder for the email, if it does not arrive, click this link...
resend verification emailCancel
Privacy Policy | Terms & Conditions