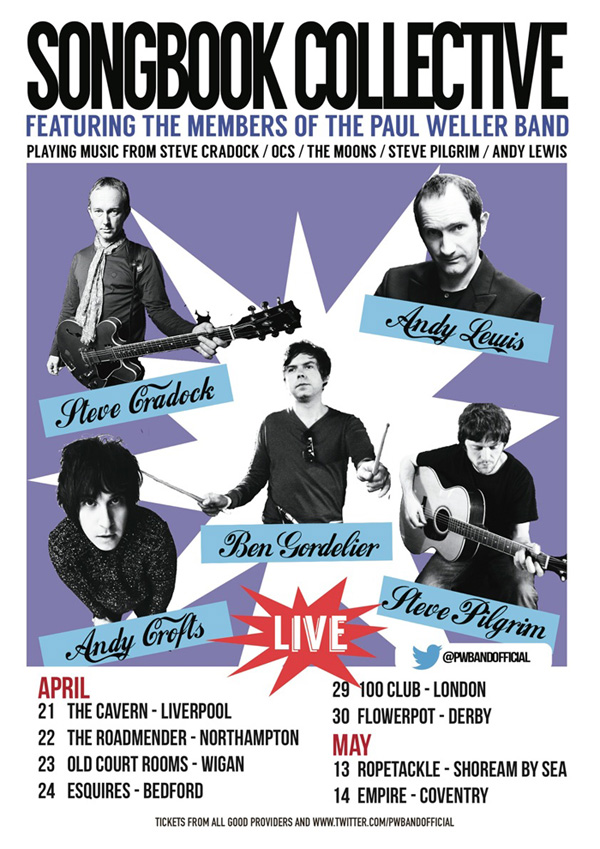 Weller's bandmates Steve Cradock, Andy Crofts, Ben Gordelier, Andy Lewis and Steve Pilgrim kick off their tour as the Songbook Collective next week in Liverpool, performing music from their collective back catalogue.

Check out the full list of dates below and buy tickets here.

We have a pair of tickets to give away to the shows in Liverpool, Northampton, Wigan, Bedford, Shoream and Coventry. All you need to do to be in with a chance of winning is email wellercompetitions@gmail.com with your name and the gig you're entering for. Winners will be contacted by email at least two days before the event.