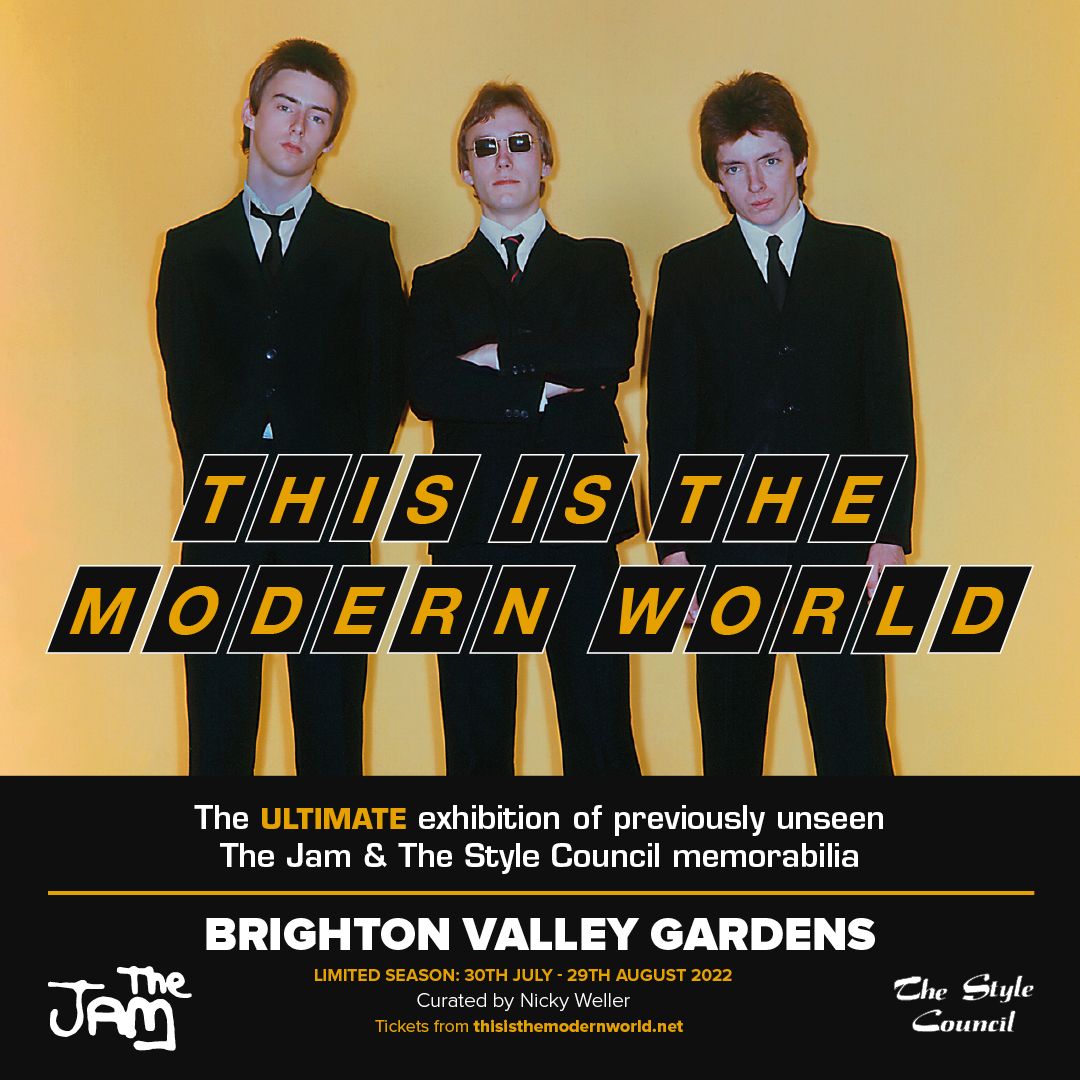 ‘THIS IS THE MODERN WORLD’ ANNOUNCES LIVE PERFORMANCES, TALKS AND MORE

Some very exciting news! 'This Is The Modern World' announces live performances, special talks, Q&As and screenings during the exhibition's residency in Brighton from 29th July - 29th August!

The line-up announced so far includes:

- 28th August: “We are the Mods" one-off concert featuring Secret Affair, The Chords UK and other Mod Revival Artists.

- A selection of contemporary Mod-films including ‘The Pebble’ and ‘The Boy’ and ‘Long Hot Summers - The Story of The Style Council’.

For tickets and information: https://www.thisisthemodernworld.net/tickets