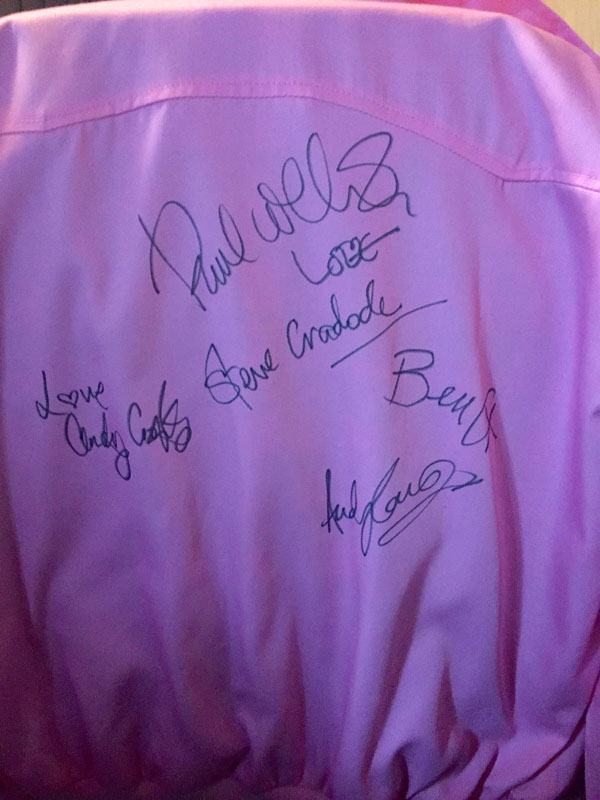 There's some very special Weller memorabilia up for grabs, raising money for The Royal Surrey County Hospital and their fantastic work in detecting womens' cancer.

Click here to bid on a bundle including a specially made pink Harrington jacket signed by Weller and his band, an About The Young Idea deluxe DVD set, a fully signed Saturns Pattern tour programme and a Saturns Pattern tote bag.

The winning bid will be announced at 7pm Sunday 20th December UK time.